The Takeover: Resist you might, but you’ll too be using Evernote soon. 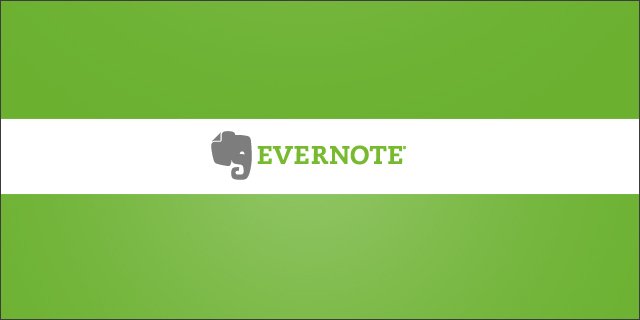 Natively, Evernote has some strong core features – a robust toolbar with checkbox, radio button, font/paragraph formatting, photo and voice attachment and recording capability, social sharing features, and an HTML base, which means you pretty much have an on-the-go website builder. Evernote is instant gratification for your text editing and sharing needs, and through hundreds of integrations, pretty much anything else you want to do. (By the way, I just launched a book on Evernote’s best integrations with the Evernote productivity ambassador Joshua Zerkel. Check it out at www.integratewith.us.)

Evernote’s second annual development competition, the Evernote DevCup, brought almost 300 entries/apps to the Evernote ecosystem, in addition to the hundreds that already existed. The contest applications ranged from one of my favorites, EverBlog.us, a blogging platform for Evernote – yes, you can use Evernote to blog (!) – to U&Me, which allows lovers to connect their iPhones and share “special moments” via Evernote. Evernote is for lovers!

Traveling, meeting with clients, or having a moment of inspiration while away from my desk means that I need access. I can access and edit my Evernote content or my team’s through Shared Notebooks from a desktop, web, or mobile app; my Nook; and now with the Moleskine notebook. I like that – give me choices!

They also launched a Business line of products at ETC. Evernote Business will focus mainly around collaboration, an invaluable need for a business of any size. Sharing documents between teammates will be a drag-and-drop process. Through the mobile app, field employees will gain easy offline access to documents, and all without deploying extra technology like a desktop, web, or mobile app, which are all pretty costly to develop. Small businesses will use Evernote Business to have a cost effective backend, like Google Apps, but with way more flexibility. Smart mid to large businesses will begin to use Evernote to increase their bottom line and streamline their apps into one multi-purpose management system. Evernote also has solid product lines for schools, food, and contacts.

I have also said time and time again that the Shared Notebook is the future of marketing. Evernote notes live in notebooks. Similar to your files in folders. The shared notebooks are shared pods of your content that people can susbcribe to with their accounts – “joining a notebook” or via RSS. Users can also email subscribers of their shared notebooks in probably the most efficient and easiest model of email marketing that I’ve seen. My shared notebook is here.

Most startups have a basic model – create, get funded, get acquired. Phil Libin, CEO of Evernote, has done two of these things, but doesn’t have an aim to do the third for a very long time. He has pledged to build a 100-year startup. This means that unlike the tools that we become dependant upon that are here today, gone, then shelved by their acquirers tomorrow, Evernote plans to create, improve, and revolutionize the productivity, GTD, business, cloud, food, contact, eMemory, and other spaces for a very long time.

With insightful new technology like the Evernote Moleskine, focused product lines, or the ease of just having a flexible tool for Doing It Yourself – and at $45 per year – it seems Evernote will come creeping into your life one way or another. Accept it. Embrace it. It’s The Takeover.