The Dental Pipeline Campaign was created to increase public awareness and concern about Oral Health among underserved populations and to distribute widespread oral health literacy among the general population, including oral health professionals. LCH contributed the Social Media Marketing, including a targeted YouTube Campaign, and Digital PR components of the Dental Pipeline Campaign for McKinney and Associates PR Firm and the Robert Wood Johnson Foundation. 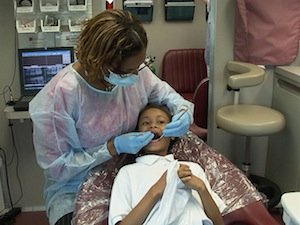 How many people equate tooth decay with heart disease or other chronic and life- threatening illnesses? Overall health begins with good oral health.

WASHINGTON, May 5, 2011 /Washington, DC/ — This is the point of a new report by the Institute of Medicine (IOM), Advancing Oral Health in America, which underscores a public health crisis that has persisted more than a decade after the U.S. Surgeon General called for aggressively reversing the “silent epidemic” of America’s oral health disparity. Many of the most pernicious oral health diseases are highly preventable and treatable.

The IOM study, urging the federal government to launch a new initiative on oral health, aligns with a pioneering community- based dentistry model funded by the Robert Wood Johnson Foundation. Composed of 23 university-based demonstration projects across the country, the Pipeline, Profession, and Practice program (Dental Pipeline) focused on boosting student diversity in dental schools and expanding treatment to underserved patients.

The Dental Pipeline program, with its dual focus on education of the oral health workforce and community dentistry, was a model for closing America’s oral health gap. Learn more about the campaign and the program at http://lch.bz/DentalPipelineVideos.