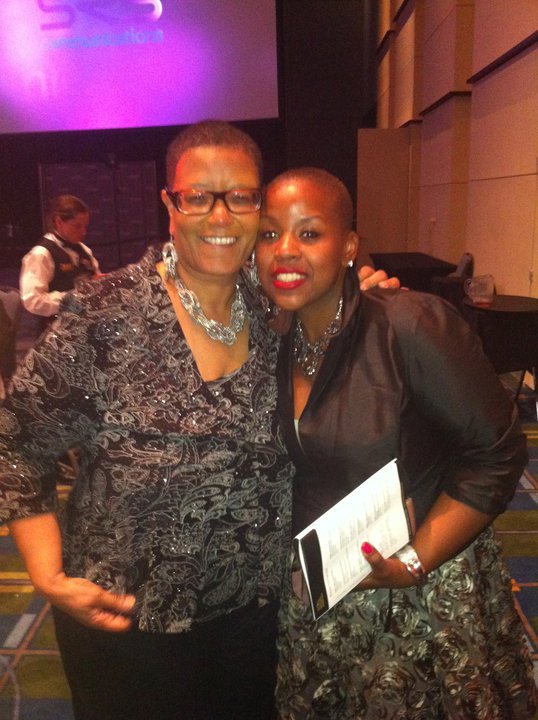 Last week I attended the National Association of Black Journalist (NABJ) 36th Annual Convention in Philadelphia. I always get excited when attending activities for ‘journalists,’ as I remember when it was a fight, and most often a fight to our detriment, for bloggers/ SM professionals to be received as journalists and/or members of the press. One small victory for blogger-kind… Anyway, this year’s convention focused around the social media climate in journalism, using one’s journalistic powers to evoke social change, and the groundbreaking influencers in the journalism game. Some attendees included Jacque Reid of The Tom Joyner Morning Show and formerly of Black Entertainment Television (BET), brilliant scholar, author and speaker Michael Eric Dyson, Roland Martin from CNN and many other influentials. For this one weekend an unsuspecting Philly was home to some of the best parties (as NABJ definitely knows how to party!), workshops with the best of the best, the annualCharity Photo Auction, and my favorite, the Awards Gala. It was at the gala that I learned about Claire Smith, as she was honored with the Legacy Award, for being a trailblazer for women in sports journalism.

Smith’s acceptance speech touched on a defining moment in her career. In the 1984 National League Championship Series between the Chicago Cubs and San Diego Padres, she was physically removed by players from the Padres clubhouse after Game One – simply for being a woman, and even more audacious a Black woman… Covering baseball… Though the incident would be quickly resolved by the Baseball Commissioner, the day served as a catalyst for both women in sports journalism and African Americans searching for equality in career opportunities. The Legacy Award is one of NABJ‘s highest honors. Congratulations Claire!

Above is a picture of Claire Smith and myself at the gala. See more pictures from NABJ here.