Big sigh… So here’s the thing. I’ve been thinking about the Google Doodles that have some in an uproar… The first, Harriet Tubman  I see no problem with and actually appreciate, I’ll explain why… The second the Watermelon Track Runner Meme, I do have a problem with, but it’s not the same as most…

I hate to say this, but in this white male dominated industry called tech, diversity, or even a respect for diversity is not guaranteed. When money is not reliant upon grants or other diversity-related incentives, inclusion is an afterthought. Is this sick? Yes. Is this is a reality? Yes. So when a company like Google pays homage to Harriet Tubman, I applaud them. When they pay homage on their front page, I give them a standing ovation. Cartoonizing is the least of our worries.

I’ve also heard augments about her skin color being depicted slightly darker than her actual shade, and that she had on a ‘Louis Vuitton’ du-rag. Sorry, that last one was kind of funny… I’d say, if her skin was depicted ‘darker,’ Harriet would say ‘the blacker the berry’ or some snappy proud derivitive, vs making it the negative sentiment that so many do today. Moreover, if you know anything about Google’s front page doodles you’d know that most of them are actually cartoons. That du-rag aka scarf is in the original picture folks. Deal with it. 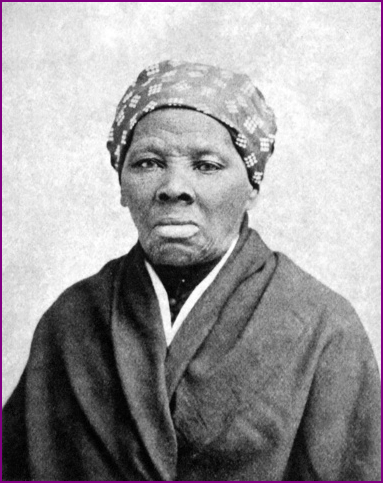 I’m most happy for Ms. Tubman’s exposure to the billions that Google serves. If you clicked that image, you would have found links to one of the most pioneering of women, in strength, leadership, and resilience that this country has ever seen. Hands down.  That so many don’t even know unfortunately. I’m glad a new generation and is learning exactly who she was.

On Hurdles 2012 aka ‘The Watermelon Sprinter’

Google, you’re making my defense look real bad with this one.  A Black sprinter on a red track with scattered black spots resembling seeds… African Americans have been depicted negatively with watermelon imagery since Slavery. Culturally sensitive or simply intelligent brands would never do the same. Especially in the wake of great achievement in Black sports history. However, I do know that Google has a very diverse (in some ways) staff, and this cartoonist could have been from another country without a real understanding of African American culture. That said, why the hell would you have someone draw a cartoon for your front page without a real understanding of African American/ Black culture? My outrage over this meme is more about the chain of command. It was clearly devoid of those that could have said "Umm. Don’t do that… I know what you are trying to do, celebrating Black achievement and all at The Olympics [quite possibly] and that’s cool, but you can’t put Black people and watermelon’s or anything red and green that slightly resembles a watermelon, together. Like never. Like never." Where was that guy/ girl? Why don’t they work at Google? That’s my question? How can we make that question as uproarious as Harriet Tubman’s potentially Louis Vuitton-esque du-tag depiction? How do we bring more cultural diversity to tech so that though we might have a ‘culturally lazy’ incident or two here and there – we’re human – we can drastically limit them. I can tell you one thing – A more culturally diverse soundboard would have definitively caught that watermelon track! I’m just sayin’