Evernote released two major new features today to help you drive a ‘more efficient, informed, and collaborative workflow.’ Among several announcements made at the opening keynote of the fourth annual Evernote Conference in San Francisco, Evernote detailed the new Context and Work Chat features, both forecasted to launch in 2014. They announced two work-focused features coming to its apps this fall: Context and Work Chat, as well as a partnership with Dow Jones. Context, will allow ‘contextually relevant content’ from The Wall Street Journal and the Factiva media service to be displayed within Evernote. Context also integrates with LinkedIn in an effort to further an earlier partnership with Evernote. 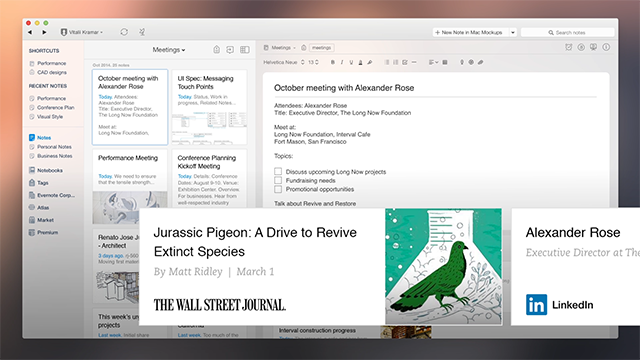 The Evernote family of apps works to create a central workspace across every major desktop, mobile, and tablet platform to ‘provide a single, automatically synced digital space for writing, collecting information, and presenting work for fast, effective, real-time collaboration.’

According to CEO, Phil Libin, “Most of the software and apps we use for work today are based on metaphors that were created decades ago. It’s time to move on from those dated concepts. Evernote represents a significant leap forward in workplace productivity software. With it, your work is created collaboratively and in the context of a wealth of knowledge. You’ll never work in a vacuum again.” 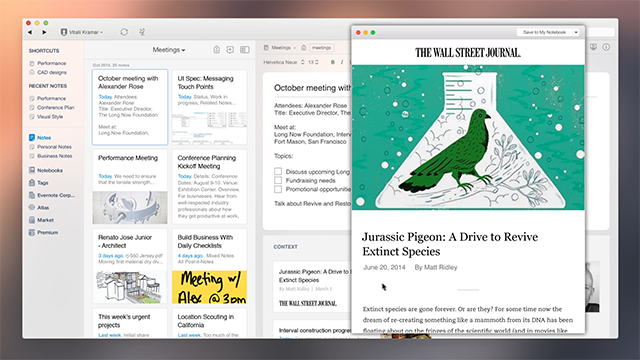 Context displays information immediately relevant to work as it’s being done in Evernote. The new feature dynamically shows related past work, information a colleague may have on the topic, and soon, contextually relevant, recent articles from outlets and services such as The Wall Street Journal, Fast Company, TechCrunch, CrunchBase, Inc. Magazine, LinkedIn, and others. For teams using Evernote Business, content from Factiva, the Dow Jones premium media aggregation service, will also be displayed.

Context is expected to launch on all major Evernote platforms (Android, iOS, Mac OS, and Windows) this year. 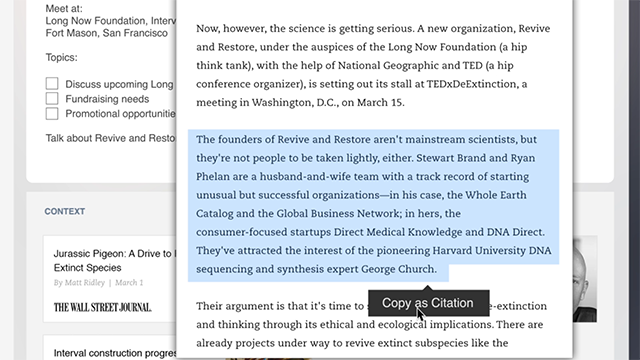 Work Chat will enable quick and effective sharing, communication, and collaboration between individuals and teams. By eliminating the need to leave what an individual is working on to email or use an instant messaging client, Work Chat lets Evernote users share thoughts, ideas, references, and resources instantly without experiencing an interruption to their workflow. Messages, notes, and notebooks are shared directly in Work Chat, so reference materials are simple to open and respond to. 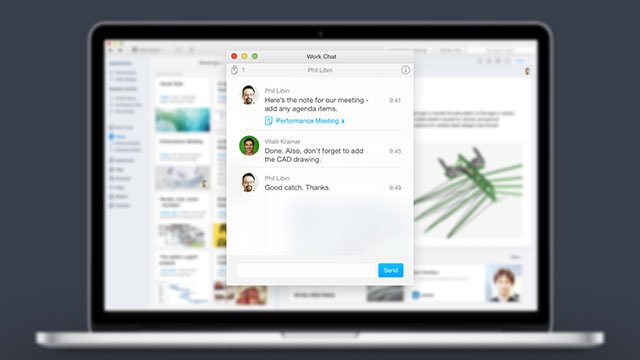 Chat Heads tell you who is currently viewing your note. 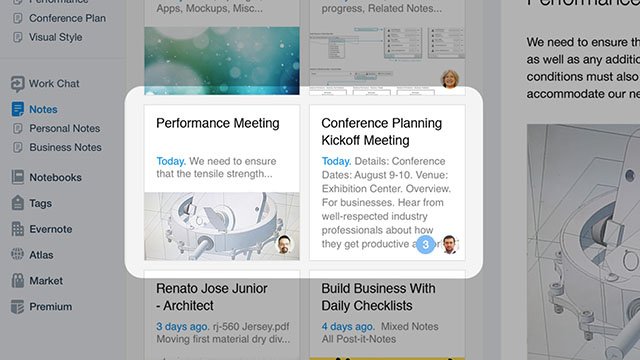 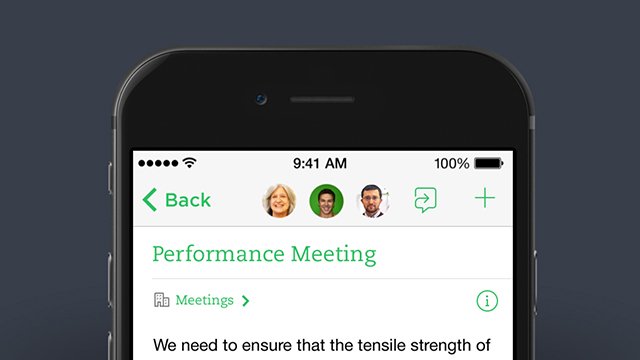 Workchat is integrated with iOS Messages to easily share notes through messages. 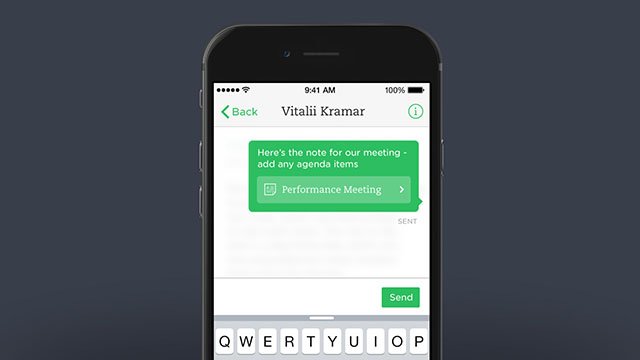 Work Chat will be supported on Android, iOS, Mac OS, and Windows and will be available in late 2014. For more information about Evernote and its products, visit www.evernote.com.